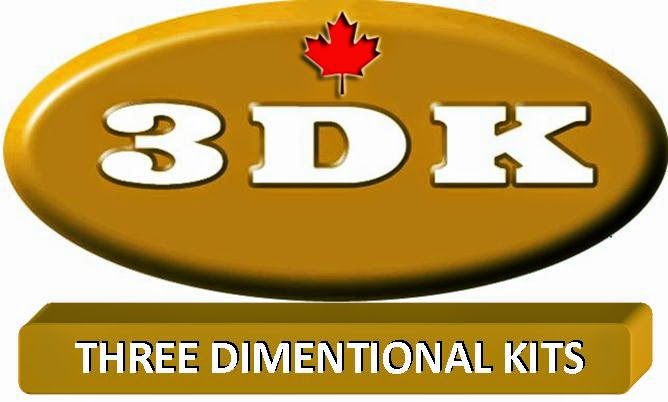 Sorry about the slight delay from the last blog to this blog but life has a way of interfering with the hobby we so like to indulge in.  This time I am starting with the dockside track work and how I created the concrete roadways that were so loved buy the military when building bases.

There were a few things I wish I had thought of before starting and not after. One of them was to pre-colour the plaster mix to roughly the final colour so that in the very likely event of the plaster getting damaged setting up the layout for shows then a glaring white edge would not be as obvious. 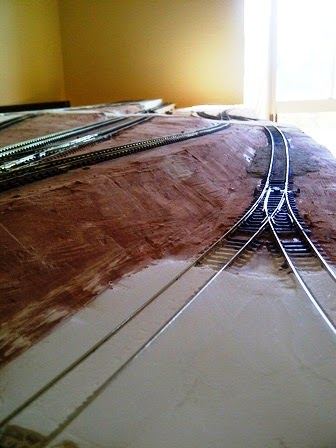 I did read an article on imbeding railway track which said to remember to ensure that the track should be slightly proud of the plaster level as this makes cleaning the track so much easier and the track rubber does not rub  the roadbed surface away.

The plaster was just the cheap self mix type from Dixons which ended up being a bit too soft to carve so if doing it again I would have chose a plaster of Paris type which would also dry quicker. 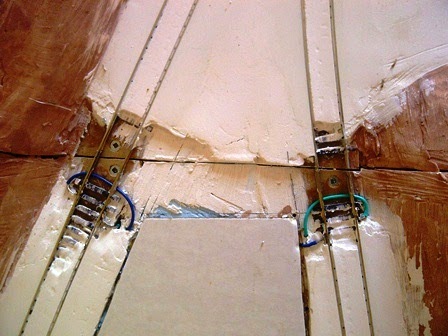 I wanted to leave a gap over the rail joints until I had completed the wiring which should have been done before the plastering was started. 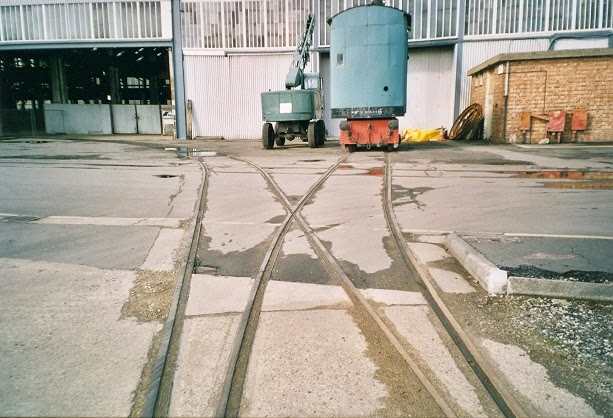 I wanted to try and achieve the affect shown in the image of Chatham dockyard with the track set into a concrete roadway the has been broken and repaired many times over the years. 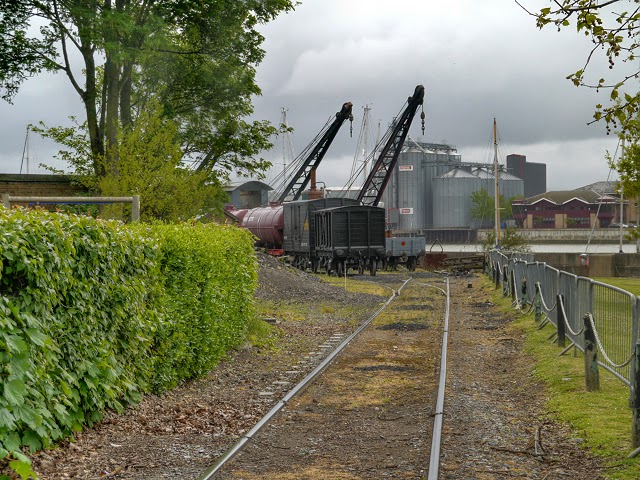 The siding track beds were to be similar to the track work shown here also at Chatham dockyard with ash covered sleepers and lots of vegetation. 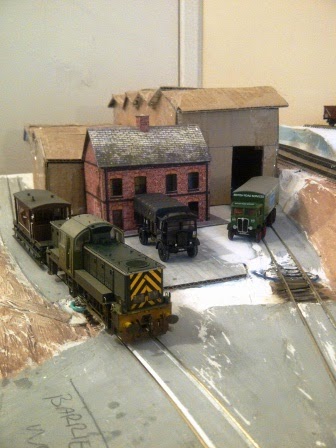 I wanted to design some new factory buildings for my modeling business (www.3dk.ca) so these were roughly put together with mockups to give me the right feel I was looking for before I cut out the dry dock base. The road going vehicles are a AEC Matador Artillery Tractor Royal Navy and an AEC British road Services lorry and the loco is  class 14 "Teddy Bear" I also extensively tested the rolling stock over the baseboard joints before finally plastering them over. 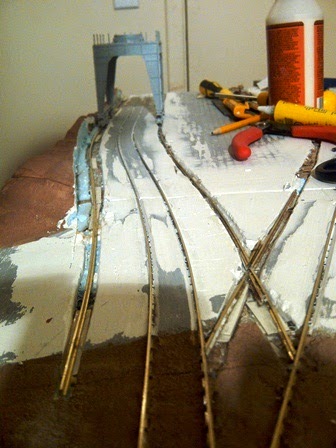 I now started to lay the rails for the dockside cranes. Unfortunately during cutting out the trenches in the roadway I accidentally cut one of the drop wires. 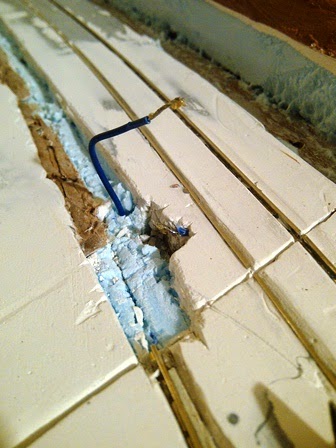 This was easily fixed with the application of some solder and the cable was re-buried. 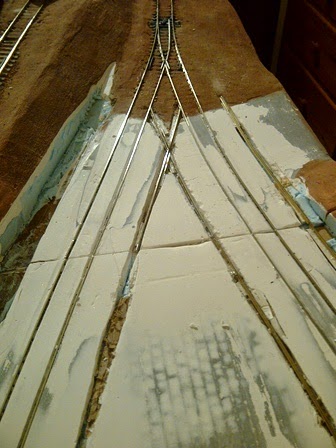 The crane rails were laid along both docksides and overlapped at the very end of the dock to give the cranes the maximum run of the docks for loading and unloading. 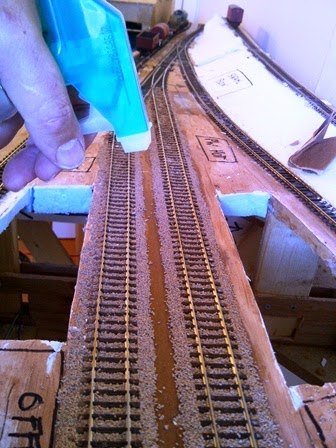 Now that the board joints are all lined up and thoroughly tested and all the section drop wires have been soldered in place for DC section control I can now turn my thoughts to ballasting the layout. For the main line coming in and the run round loop I have used N Scale ballast which looks just the right size.